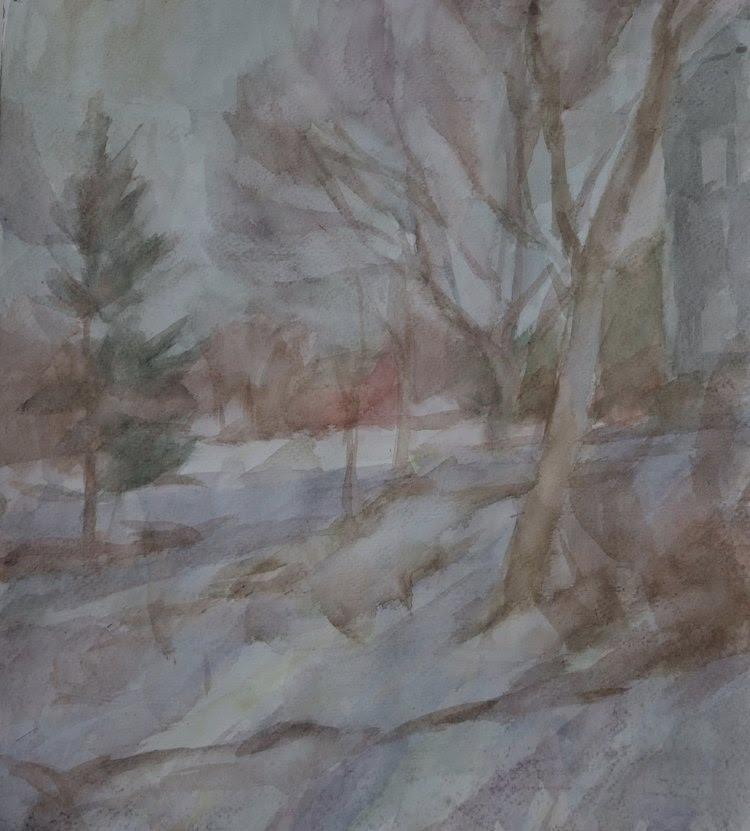 Creative Connections will be hosting an art opening for Russian artist and Massachusetts resident Alexei Naumovich at the beginning of February. Naumovich, now 80, was born in the Soviet Union. Naumovich had always had an appreciation for art, but as he put it, art did not make him money to survive. To live in the Soviet Union meant to take up a profession and do something stable, so Naumovich spent 40 years as an architect, designing buildings and seeing them come to life. Naumovich has designed many buildings and has seen multiple churches come to actuality.

While architecture is certainly an art form in itself, Naumovich was still drawn to painting later in life, to the point where he quit being an architect and studied under his master for 10 years.

“It was not easy surviving in the late Soviet Union, so I was forced to get a professional job,” Naumovich said. “I was a professional architect into my 40s, and during my career I met a great artist and teacher, and so after I spent 10 years as a student of him, I decided to cease being an architect and became an artist.”

Naumovich moved to the United States nearly 20 years ago, but he has been going back and forth between the two countries. While he spent more than a decade in Marblehead, he now finds himself living in Amherst closer to family.

He speaks humbly about his art, characterizing it as finding truth in simplicity, but his choices in color palettes are often muted, adding a sort of hazy daze to the scenery.

“Going between the two countries, of course the scenes I paint are influenced, but the important ideas are the same,” Naumovich said. “I think for every artist the most important idea is getting things as close to the truth. Different artists have different understandings about real truth, but for me the real truth is your ability to use your material.”

Naumovich says that like any other artist, a painter’s job is to paint what they see with their materials. For Naumovich, that is watercolor. For a musician, that is sound; a poet uses words.

“The best you use that material, the closer you are to the truth. I am trying to find truth in these simple things, and simple landscapes,” he said.

So, Naumovich paints landscapes how he sees them, muted and glowing.

Naumovich’s work will be shown at Creative Connections, 56 Main St., in Ashburnham.

Creative Connections is a gift shop owned by Mark and Angie Setevdemio that opened in 2016. The shop aims to sell and provide unique, artisanal gifts to local people for an affordable price, while providing a creative space to browse and look at local artists’ work.

In 2017, the store began hosting art openings for artists the couple knew. Initially, the artists were Boston-based, as the Setevdemios reached out to their art professors out east.

“We were leveraging the Boston art scene to get it rolling,” Mark said. “Since the shop opened, we have been meeting local artists and networking through local contacts. It’s been a mix of Boston and Provincetown artists, and then more recently this area.”

So far they have hosted artists who use a variety of mediums, from oil and watercolor paintings to pottery. The shop also plans on hosting poetry readings soon as well.

“We have all of our events scheduled out going into the summer,” Mark said.

Right now the shop is undergoing some construction to get its second floor ready for more art space, but the construction has been held up as the building is old and is difficult to make up to code. The Setevdemios are currently taking time to apply for variances with the town’s building inspector.

Once the space is finished, though, Creative Connections is envisioned to become more of a creative space that will feature opportunities for locals to learn art, as well as see and enjoy it.

“The vision for the place goes beyond an interesting gift shop,” Mark said. “We are looking to make this more of a community center and a center of creativity. We want to have workshops for beginners and we have a course curriculum drawn up and six professionals lined up to do so.”

Naumovich’s art opening will take place on Saturday, Feb. 2, from noon to 2 p.m. at Creative Connections.