Bill Campbell has been a potter for over 30 years. Across the country, his porcelain is admired for its spectacular color and elegant forms...each piece maintaining some of the energy of its creator. The glazes dance with surprising vibrancy in unexpected patterns. Functional pots become little moments of celebration within the day to day routine. Once Bill discovered that making pottery was what he wanted to do with his life, he became committed to pursuing that goal. Bill broke all ties with past careers and spent every moment trying to learn his new craft. He went back to college, then worked at organizing his life so he could go somewhere and make pots. By the time Bill was out of school he was 36, and felt he didn't have too many years left to squander if his dream was going to come true. He was 40 before he really got the studio business rolling. He found his studio in the form of an old powerhouse in Cambridge Springs, Pennsylvania. Bill says "It has been both a growing and learning process and yes, I have made some mistakes along the way, but I have always refused to cut corners in any way that affects the high quality and brilliance of the pottery I produce." 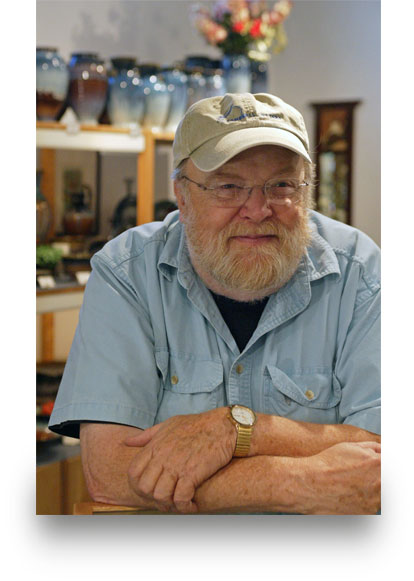