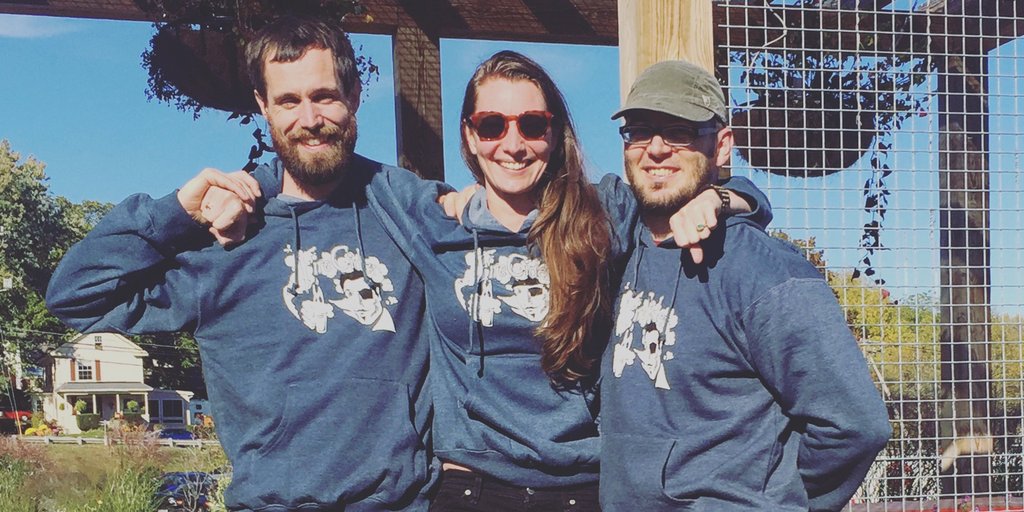 After watching his wife, Amy Huebner, struggle with her health throughout the cold Berkshire winters, Dana St. Pierre offered her his Fire Cider tonic, based on a home remedy his grandmother, Elisabet, a feisty German farm girl and unabashed inventor of kitchen concoctions, used to make to help keep her family hale and hearty.

He took one of her recipes—a mash-up of onions, garlic, and honey that she steeped in mason jars on a sunny windowsill—and gave it a modern makeover with spicy-sweet flavors. A country doctor suggested Dana add apple cider vinegar for its wealth of health-enhancing properties, and, over the course of a decade, he refined his recipe into our original Fire Cider tonic.

Amy, who’d noticed a profound effect on her overall well-being and energy levels since using Fire Cider, suggested they make a batch for the 2010 Shire City Sanctuary Shindy, a Berkshires-based holiday artisan festival. By the end of the festival, they had sold out.

When people who had purchased from them at the fair showed up on their doorstep, asking for refills, they knew they’d hit on a winning formula. They went into business with Amy’s brother, Brian Huebner, to create a company dedicated to making customers’ lives a little healthier and more exciting, one flavorful sip at a time.